2019 winners of environmental photographer of the year

These are astonishing. WARNING: Some may be difficult to look at. Plastic is horrifying. There are many worlds that we are so privileged to not have to endure. 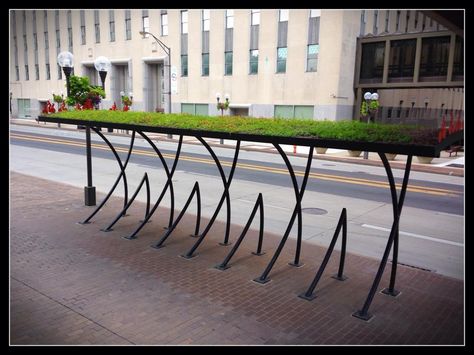 Description & overview of project: The aim of this project is the install one to two green roofed bike shelters (as pictures above) on the Ohio Wesleyan campus (440 sq ft), as well as possibly install green roofs on top of the Delaware Entrepreneurial Center and the Schimmel-Conrades Science Center (~4500 sq ft). The two locations being considered for the bike shelters are: in front of the Entrepreneurial Center and close to the future senior apartments.

They are beneficial because they:

They can serve as a symbol of OWU and the City of Delaware’s joint commitment and effort to promote sustainability and collaboration in our community. There will be a sponsor recognition wall (see annotated bibliography) along the sides of the bike shelters to list any local business that donate to the project.

END_OF_DOCUMENT_TOKEN_TO_BE_REPLACED

A project by Anna Scholle in collaboration with Ted Miller

My original idea was to implement pedestal-type interpretive signage in one or more local parks depicting each of their major ecosystems and habitats as well as the flora and fauna that may be found in each. After speaking with Dr. Krygier, I have been in contact with Ted Miller, the director of Parks & Recreation for the City of Delaware, and settled on one park in particular to implement my project. After speaking with both Dr. Krygier and Mr. Miller, I have also expanded my project to consider other forms of interpretive materials, such as brochures.

The City of Delaware Ohio is planning to expand its Wetlands Park on Mill Run Crossing behind the strip mall containing Pet Supplies Plus, Kohl’s, Sally Beauty, and other stores. The current park is 45 acres and includes a 0.8 mile loop trail around a wetlands as well as a fenced dog park. Tentatively, the expansion would include more environments in the surrounding area (such as woodlands and a small lake) and more trails.

Interpretive materials can include signs, maps, pamphlets or brochures, audio recordings, videos, kiosks, journals, and many other items. They are found in a variety of places including but not limited to parks, zoos, museums, and galleries. They inform the public about what they are viewing in an exhibit or natural point of interest.

The goal of interpretive ecological materials is to engage the public with the nature they are experiencing by educating them about habitats, wildlife, plants, and/or environmental history of the park. The public should not be overwhelmed with information as too much info may quickly bore them and clog the park with man-made products that obscure the natural beauty of the park and are ultimately ignored by visitors. Instead, the materials should provide a combination of easily understood text and images that is just enough to get the point across.

I am passionate about this project because I want to increase public awareness of the amazing facets of nature they may not realize they share a space with. Ever since I was a little girl, I have loved exploring parks and learning about wildlife, and I want to instill a similar passion in others. I especially value environmental education for children, because they are the future of this world and its shrinking ecosystems and diminishing species.

END_OF_DOCUMENT_TOKEN_TO_BE_REPLACED

The book opened up with defining nature. It spends whole chapter on it in fact by describing in great detail all the ways we use the word nature. It reminded me of our first class at the beginning of the semester and part of the Meadowlands. We defined nature form our point of view but it has been used in so many different ways that it’s rather ridiculous. It was fun to read all the different ways we talk about nature and it really shows how it is a word used in both good and bad ways, and how the term has changed over time.

END_OF_DOCUMENT_TOKEN_TO_BE_REPLACED

I thought this was an interesting take on it. We’ve had a lot of back and forth what is nature and wilderness and this argument hadn’t come up.

I’m really not a history or religion kind of person so I found this book kind of boring so far (sorry).

The author posed the thought: imagine how different the demographic profile and history of Southern Africa would have been in the region’s indigenes had been as vulnerable to imported disease as their American counterparts. Another interesting thought and something I had never considered before.

The writing style for this book is very approachable. I appreciate the balance between text-book qualities, i.e. density of information, and casual writing which is oftentimes sort of poetic. Reading about the deep histories of environmentalism has been interesting so far. I was seriously struck by the discussion of Christianity and our culture of environmentalism — I knew that there were elements, but I hadn’t totally considered just how deeply affected it is. The ways in which we perceive nature as a god-given plethora of resources meant for us to use up is direct from the Bible — but also the ways in which we secular environmentalists view nature is derived, in part, from the Christian perspective. Nature is divine and perfect, us humans have soiled it…and like we talked about early in the course, environmentalism has sort of replaced the role of religion in a lot of people’s lives.

What is it? Why?: Beefless Mondays are a single day in the week where we opt out of offering beef and instead offer the Beyond Meat Burger. I chose this project because of my love for animals and because of the negative environmental impacts caused by agriculture, especially cattle farming. People have a really hard time cutting meat out of their diet, and understandably so. Instead of expecting everyone to go vegetarian (because we all know that’s never going to happen) we can encourage them to try a plant based alternative that does not have as much of a negative effect on the environment. As I mentioned in my original proposal of this idea, if the university cut back on meat consumption for just one day of the week for roughly around 1,600 students and faculty members that likely eat about 2 meals a day that have meat in them, it would reduce OWU’s ecological footprint dramatically. I don’t expect all OWU students to go completely vegetarian for the day, but maybe have the university only offer fish, chicken, pork, etc. for Mondays. (the link to the stats: https://sites.psu.edu/math033fa17/2017/10/08/meatless-mondays-do-they-really-help/)

Who is involved?: Currently, Jim Pearce and I.

*Beyond Meat discontinued it’s chicken strip line because the CEO wasn’t satisfied with the taste and he states that they don’t sell products that aren’t as close to meat as you can get without being meat.

Mainstreaming of Beyond Meat Burger: As of July 2019, Beyond Meat was found in more than 35,000 restaurants, grocery stores, universities, hotels, and stadiums

Plan for Beefless Monday/Beyond Meat Monday: I would like to have the burgers in both Smith and Ham Will if possible. Today there was a “burger bar” in Ham Will so I envision something like that for the Beyond Meat Burgers also. I figure I can make an informational electronic “flyer” that is featured on one of the tvs in both Smith and Ham Will that will explain what is being offered, why it’s better, and how you are positively impacting the environment by choosing to try this burger.

Offering Beyond Meat on a regular basis: I’m hoping that if we see success with this and that people have a positive response to the Beyond Meat Burger then we can scale up to offering it everyday. An issue I see with this may be the price to do so.