The Meadowlands + The Trouble With the

The Meadowlands was a good read. I think that the author’s style of writing is much easier to get into, and reads much more as if it is one long New York Times article (he has written for them). I enjoyed the detail that he gave in his experiences interacting with locals, whom had strong emotions associated with the Meadowlands, or people had no care for it at all. The people so entrenched in the environment that you can see them dedicate their lives to it. The example I think of is Victor Deserio, “The Mosquito King” and his ballsy way of just jumping into hotspots of mosquitoes, letting them swarm his body, then collecting them with his contraption that looked like a modified hair dryer. Absolute madman. He even knew all the species of mosquito that interacted with him 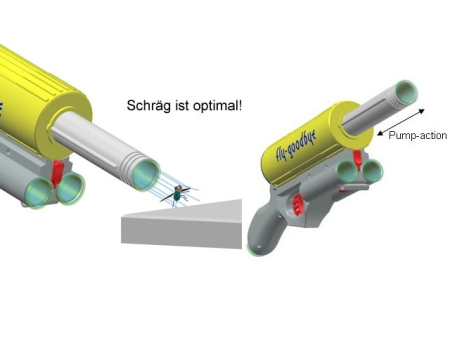 The part where robert goes to the Kearny Public Library was interesting. There, at some local library, is the largest collection of foreign translations of Gone With the Wind. But even the librarians didn’t know exactly where it was. Like most of what Robert details in the book, most things are buried in the marsh.

The chapter entitled Digging was probably my favorite. The search for the original Pennsylvania Station, dumped into the meadowlands, featuring architectural gems such as an interior design based off of the Baths of Caracalla, and eighty-four large columns in the form of traditional Roman design, were left there after it had been demolished for the new Penn Station. This is interesting to me anyway, that beautifully crafted infrastructure was tossed and such, but what was even better about this, was that the author had to definitely seek it out. Going off of old, undated newsprint with titles like “PENN STATION COLUMNS DUMPED IN JERSEY,” almost like the people at the time are unsure of its location. The best part of this ended with him finding a piece of a column in a truckers hideout.

I thought it was a good story about how urbanization can only move so far, and how the environment can retaliate against those who disregard, or whomever regards it too much (Robert Swartrout, the poor sap).

The Trouble with the Wilderness, I found, was much more philosophical in it’s tone pertaining to the “IDEA” of what the wilderness actually is. I found some good points in his writing, specifically the disparity he highlighted on the relationship between wilderness and wealth. That was what I had been thinking for a while; people with more access to expensive equipment and other things to help them brave the wilderness, often times loudly convey their personal connection to wilderness as being more intelligent, getting back to our essence. While those who are poor do not experience it in the same way, for a poor person who is always in the wilderness is usually a forager/hunter gatherer, which does not make they themselves believe they are poor, rather it is just their livelihood, how they survive.

The title of the article grabbed my attention, mainly because it sounded wild. It is very interesting though, from the short article’s telling of the info, that noise pollution alone can have such an effect on the lifespan of zebra finches. Personally I forget about the daily assault on my ears from traffic I receive, but to have those noises shortening your life. The article touches on what is actually being monitored, Telomeres, which are caps on the ends of chromosomes that prevent gene damage, but did not tell much about potential mitigation strategies. Mainly just a copy+pasted version of the journal article, but it will get you to read the full one.

This entry was posted on Tuesday, August 28th, 2018 at 5:21 pm and is filed under Blogroll. You can follow any responses to this entry through the RSS 2.0 feed. You can leave a response, or trackback from your own site.