A Response to Garbology

I attended the Waste Symposium at Merrick Hall last Friday.

For those of you who did not have the chance to attend such, this book was an adequate representation of nearly everything that went on generally speaking. I very much enjoyed the style of Humes, and the thoroughness with which he present the information. Overall, Garbology is an excellent book.

Some things to think about:

INDIVIDUAL VS. THE COLLECTIVE:

There is a strange tension between the individual and the collective present in this book. Garbage and waste are things that all of us produce individually, and yet effects us all collectively. And even though he reverts to a rather simplified cultural argument (the mass media makes us consume more), I think a lot can be said about the political and economic decisions surrounding the way we deal with trash. Indeed, waste is not an apolitical topic, rather it is a byproduct of consumption (something inherently political).

CAN WE POLICE OURSELVES?

Garbology by Ed Humes was very interesting.  It has brought many startling facts and unique stories to my attention.  I have some prior knowledge of food waste and knew that was a problem, I also knew the benefits of recycling, but I never fully comprehended the scale of the trash problems the US now faces.  “Garbage has become one of the most accurate measures of prosperity in twenty-first-century America and the world.” This quote is spot on, the US is the most wealthy nation in the world according to many standards.  It makes sense that the more wealth someone has, the more they consume, and the more they produce waste.

7.1 pounds per person per day, Average lifetime trash is 102 tons, US citizens have 50% more trash per person than other western nations. Puente hills emits 31,000 cubic feet of gases per minute.  by 2011, 500 feet above original ground level.  Trash Crisis: Number of authorized landfills have decreased, and the are filling up. Where to put all the trash now?

Waste management people didn’t start containing bottom of landfill until 1988, so there a millions of tons slowly seeping into ground and could be very harmful to ground water.  1991 liners became required. It seems like common sense now, but it is crazy to think that no one back when landfills started ever thought of the consequences or the impacts trash could have on the surrounding and below environments.

“blogjects” and “spimes” and smart trash… Humes brings up science fiction of self-aware trash and it is very interesting. In a world of internet and sensors, trash items could have technology on it that ensures it goes to the right place of disposals.  What if every plastic bottle had a built in micro chip that trash separating robots could sense and put it into the recycling pile? That would keep all bottles out of landfills.  Its already kinda happening in Seattle with Tim Pritchard and Trash Track.

Green Cities like Portland still produce massive amounts of trash.  Diversion rate of 67% but still behind San Francisco at 77%.  But even with the high recycling rates, 60 trucks a day go to landfills.  Enter: garbage death ray. Reducing garbage up to 99%,  the trash crisis is solved.. almost.

Garbology, by Edward Humes, discussed one of the main problems that we have our society today, and that is waste. We as people are producing too much waste and we need to figure out how to get rid of or reduce our waste.  It was a great book to read and I found many interesting facts/points. The book was divided into three parts, the biggest thing we make, the trash detectives, and the way back.

The Biggest thing we make

Here you can see the Iceland Ice sheets.  In this news article you can read that the winter of 2015 so far has lead to a net increase in mass in one of the Glacier. This is important since 1993 there has not been  an increase in the amount of ice.  This could be a good sign in the war on climate change.  This would have to be proven over more years and this whole winter but it seems to be that we will have increase in Icelandic ice sheet masses.

This Idea of Smart Trash

How they did it? (phones)

University of Arizona Bill Rathje is an archeologist

Surprising facts about landfills were discovered?

They act more like a burial chamber than a decomposition method

It showed that we can learn a lot form the garbage a person has.

There classification scheme of numbers to code their findings in the trash.

Some findings they discovered

Part 3 The Way Back

“What the hell was I thinking?” –Bea Johnson , on her pre-zero waste lifestyle

Ch. 9 Pick of the Litter

Artistic relations with the landfills

Students brought enough bags to tie them together around the school (500 bag average per year per family ??)(around 750 times around the world)

Ch. 12 Put-Down, Pickups and the Power of NO

Simplistic living is the way of the future but are we ready for it?

Jk, it was bad play on words.  But huge news between the US and Cuba this week, both countries signed an agreement to join forces in protecting the coral and vast array of fish that live in the shared ocean between the two.  It is the first environmental diplomatic agreement since the US decided to reopen relations with Cuba.

Cuba has some of the largest untouched coral and marine ecosystem reserves, but they could be in danger with an increase in tourism to the country.  Havana will host the 10th Ocean Sciences Conference this week where scientists from the US and the rest of the world will meet to talk about climate change. 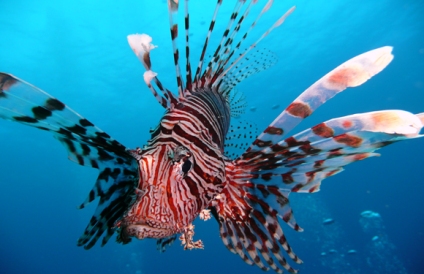 This article discusses the increase population of certain animals, and how they are taking over their environment. With these increase populations, officials are suggesting people to eat more of these animals. The lion fish, has become native to the east coast/ Caribbean area, and they are known to destroying other species. The lion fish eats so much that they bring the decline of other species, and they then resort to cannibalism. Officials are asking for fisherman to capture them more, as well as restaurants serving them more on their menu.

Reading for Garbology by Edward Humes

The book is divided into three sections. In the first part of Garbology, we are introduced to “Big Mike” aka Mike Speiser, whose crowning achievement is the pinnacles he creates full of trash, more than 130 million tons of trash in the Puente Hills landfills; used as the last resting place for Los Angeles trash (20). The part about the seagulls becoming a problem for their ability to pick up trash and then dump it in someone else’s manicured lawn. Therefore, the trash facility workers have to set up fishing lines to stop the gulls from landing on the trash heaps (34). New York and Col. George E. Waring’s method of lessening the amount of divided garbage into ash, garbage, and rubbish (47). Trash Olympics who would have thought of that, I have never heard of the trash collectors having a set of events they compete in sponsored by the Solid Waste Association; and who better to represent Puente Hills than “Big Mike” himself (60).

In part two named Trash Detectives, Humes examines the concept of “smart trash” developed by MIT inspired by the ideas of Sterling. They are considered the first trash trackers. They have shown the meandering process of trash and where it travels and some have not even made it to their intended recycling plant. “The creators of smart trash wanted to expose how waste gets where it’s going- the meandering, mysterious and, it turns out, occasionally disturbing path it takes after it is thrown away” (147). The fact that there are only thirteen facilities that are equipped and able to recycle cathode-ray tubes, found in old television set and considered very toxic, are all located throughout China (153). Not only are our production being outsourced but also the disposal of our trash, there is no way that this should be considered a sustainable method of recycling.

In the last section of the book titled, The Way Back, the author presented the problem and abundance of plastic and the small confetti-like particles. This section discussed how harmful plastic is to the environment to the fish, wildlife and humans too. The plastic in the oceans attract many toxins and then the fish and we consume them in fish and other seafood. Also due to marine debris pollution, hundreds of thousands of seabirds, according to Keller, have died (239). I really liked the conceptual thinking presented in this quote. “Bags are kind of like the gateway drug to all the plastics, and if we can kick that habit, all the rest of our single-use habits will start to fall like dominoes” (244).

In conclusion, Humes presents multiple examples of the problems with trash and its effects or indirect effects on wildlife, humans, and the rest of the planet. From plastic bags, to smart trash, and the trash Olympics, this book explored it all. The diagrams and images he added were easy to follow and interpret. The author’s intent was to show our addiction to trash is way more problematic than we have been taught to believe, this also shows that the efforts we have made have not been able to put a “dent” in the problem. Although, this allows us to see that the professionals do not even know the next step towards a sustainable solution; but as Humes points out this acts as an invitation, “an opportunity to take a step back and consider a new normal” (288). Overall, I loved this book! It was not a struggle to finish and it is in my top three now that we have read all the books for the semester. 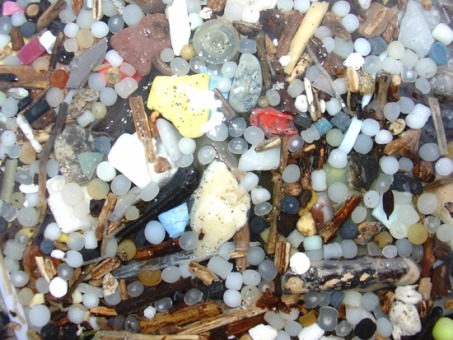 The infamous nurdles, small broken down particulates of plastic, found along the beach and often mistaken for broken seashells.

A disturbing image of the Great Pacific Garbage Patch.

Possible Cause for Supervolcano Eruptions

While the topic itself might not seem directly environmental like most of the news posts, this topic is actually quite relevant.  According to this article, studies show that magma buoyancy has little to no influence on generating a supereruption.  Instead, they find that it it likely the size of the magma chamber that has a more significant impact.  If a chamber were to grow to the point of creating faults in the roof above it, the magma chamber could use those faults as eruption points, and it then becomes a domino effect where the area becomes “unzipped”.  This is quite relevant due to the sudden appearance of a rift 150 miles to the east of Yellowstone just 2 weeks ago.  From this other article, I gathered that the shallower magma chamber underneath Yellowstone is estimated to be 19 miles wide from northwest to southeast and 55 miles southwest to northeast, while the more recently discovered deeper reservoir is 30 miles northwest to southeast and 44 miles southwest to northeast.  Though the distance shows the area of the rift not being an immediate warning sign of an eruption, it does show that something in the area is active.  Let’s just hope that whatever it is, it leaves the Yellowstone magma chamber/reservoir alone.

I have begun compiling all of the results into a more compact listing.  Once I have completed that, I will save the worksheet and send it to Gene of Chartwells to look over.