“A Record Gust Get Blown Away” — The New York Times 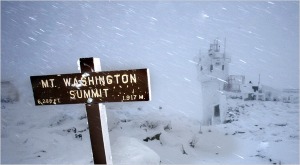 Mt. Washington has held the record for the fastest gust of wind, 231 miles an hour,  since it was set in 1934. This record has been broken on the Barrow Island, off the coast of Australia, last week during a cyclone that produced a gust of 253 miles an hour.

Apparently New Hampshire lies in the path of three major storm tracks which make winds of 100 miles per hour more or less common. Mount Washington is only 6,300 feet tall which is short compared to many mountains in the Rockies even though it is the tallest mountain in the North East.

Apparently the new record was made in 1996 but only just became public after the data was discovered by the World Meteorological Organization.

There may have been instances where faster winds have been produced however many instruments have not been able to withstand such strong gusts.

I found the sections titled ‘Perfect Kiva’ to be eye-opening.  The first half of the section describes a group of people searching for an alcove which was used by the Anasazi. The first question I had was — Who are the Anasazi? I did a little extra reading on Wikipedia about the Anasazi. I really like how they build their houses (pictured below). It makes sense to live that way in the desert. I gather that they are a very ancient people, ancestors of the Pueblo Indians. 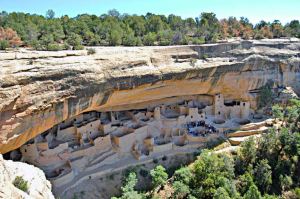 As I continued to read the section, and learned that the ancient ladder had been removed and placed in a museum, I was kind of disappointed. I think if I were to go to the museum and see the ladder, I would appreciate it. However, after reading this section, I agree with the author in that the rightful place of the ladder is truly in the desert. It makes me wonder about the other artifacts in the museums and how long they were preserved in their rightful place before we decided they needed to be protected in a museum.

I became more interested in what it would be like to live in the desert, when I read about the couple who left their fast paced lives in order to live in the desert I was impressed. I think I could come up with a similar was of describing my fast place life. Wake up, hurry to work, hurry to class, quickly eat lunch, hurry to the next class, try and finish as much homework as possible, hurry to the barn and complete as many barn chores as I can before dinner, eat dinner, study some more, go to bed, wake up and do it again. When you put it in that context, you really do wonder if you are missing something else.  Further along, I was put at ease when the couple were dealing with the windstorm. In an0ther section, a woman was carried by the rapids of a flash flood. To me, it seems that  in the city you are struggling to make time and understand life, in the wilderness, you are simply struggling for life.  The idea of being caught in a flashflood is really frightening – although pretty like in the picture below. I just wonder if the choice between living in a city or in the wilderness is simply a choice between two evils. Maybe, Maybe not. Personally, I choose a little bit of both.

Now I’m done with my blog and I am going to hurry and eat breakfast, go to work and go to the barn for a few hours before going back to work.

They say every man needs protection, They say that every man must fall. Yet I swear I see my reflection, Somewhere so high above this wall. Bob Dylan

Edward Abbey’s Desert Solitaire was a very relaxing and sometimes, although welcomed, slow read. I thoroughly enjoyed his detailed descriptions of his  encounters in the deserts of Utah, an area that is sometime misrepresented. Abbey allows the reader place one self  in a timeless environment full a of rich history and soon to be epic future.

An area of the book I found to be the most interesting was Abbey’s take on Industrial Tourism. although rude and inconsiderate, I was enlightened with the stance Abbey takes on the current issues that confront today’s National Park System. Even though Abbey’s three proposals for the future of National Parks (i.e. No more cars in national parks, no more new roads in national parks and put park ranger to work) are very aggressive and improbable, it definitely has the reader think about what possibilities are available to keep our parks and recreation areas pristine.

The first time I heard about Abbey’s account of industrial tourism was when I was on my NOLS course. Late one afternoon in the middle of theWind River Mountain range in Wyoming my instructor Jared sat our group down and read the better part of the Industrial Tourism chapter aloud to our group. After a short discussion he ended the session with a statement I still remember to this day. He told us to take the less traveled path as often as we could and then he said to us, if you are only able to visit one of the parks for a short time to “Park your car, hike into the woods and just sit and listen.” Similar to Edward Abbey, Jared and now I agree that the only way to visit and fully appreciate natures beauty is outside of your car or truck in the heart of the wilderness.

What can we do to limit the future industrial tourist?

How can we convince people to take their time when visiting these beautiful places?

I think that I will do something having to do with hunting around here and the populations of the specific animals, focusing mostly on duck and deer.  One problem that I might have with this is that I have never hunted in Ohio and I dont really know anyone who hunts around here.  So I guess I need to try and find some reports or try to find some hunters from Delaware to talk to about this.  If I can’t do this then I am fine with going with the other topic I proposed, which is the pros and cons of land conservation agencies such as the Sierra Club or Ducks Unlimited.  There will be plenty of readily accessible academic journals on this so it would not be hard to find good research and it is pretty interesting to me so that would be fine.  I will start to find these things this week and have a concrete proposal next week.

I started thinking of outdoor recreational activities in Delaware County. I found this link to a Delaware County tourism guide, A playground for generations: Outdoor activities. This is a good source for information on the state parks in the county as well as the newly established preservation parks system.

Reading Desert Solitaire, I was reminded of a favorite book of mine by Bill Bryson; A Walk in the Woods. Bryson walks to Appalachian Trail and notes his experience along the way. He alternates descriptive chapters accounting his current journey with chapters providing historical insight into the creation of the trail and the parks system. He notes the troubles the trail is facing, and information on the current parks system. The chapter in Desert Solitaire about the development of park land reminded me of Bryson’s description of the exploitation and mismanagement of many parks resources, mainly by the doing of the parks system itself.

When I first read about the development of the roadways in Arches I was discouraged by the idea of creating such simple access to some of the parks most remote areas. For most park visitors the drive in, a quick glace and departure is the ideal way to visit our parks attractions. This not only reflects the ADD/ADHD nature of our contemporary society, but the initiatives of the parks administrators. Today, it seems the prerogative of the parks is to increase visitation, and generate revenue. I have been under the impression that the National Parks Service has been experiencing financial difficulties, so I started to google around and see what I could find.

This lengthy document from the United States Government Accountability Office provided some detailed insight into the funding and operations of the National Park Service. Major Operations Funding Trends.

Abbey’s introduction to industrial tourism jump started my dive into countless lengthy government documents. I was curious to find out what government money was being spent on in the parks. Most of the money allocated to the parks system is directed toward maintenance (primarily upkeep of man-made structures designed for the comfort of the park visitor), and a reduction in spending on education and visitor/resource protection. This all seems disturbingly backwards. Toward the end of the document I did read some encouraging news of the assessment process for analyzing a each parks department, their mission, the resources needed, and finally the overall importance of the mission to the park. I am pleased to see a top down assessment of the parks management and financial system, but I am eager to see how they will or have applied cuts to departments and programs.

One quarter of US grain crops fed to cars – not people 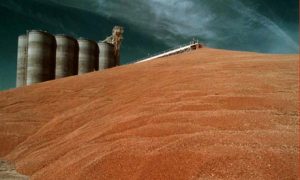