The final chapter, Coates had a lot of rather profound insights into the “future of nature” and definitely stressed a lot of good points in how we should maybe revise our ways of controlling things, however, he seems to impose that all current ideologies are incapable for any strategy that would address our globe’s threatening circumstances, and would really only undermine efforts by default in infrastructural beliefs mere function; leaving mankind doomed but destined so by progress, and really in the scope of things; this is how evolution is supposed ton work on planet Earth as we approach an anthropogenic mass extinction. I couldn’t agree more with Coates on the rather paradoxical undermining effect of Environmentalist efforts, however, I sort of think that he might have gone too far with Fukuyama’s revelations. I really don’t know or care much about politics because i have a rather low tolerance and attention span for so much baloney, nevertheless, it seems to me that Fukuyama, who seems to have been  a main source for Coates on this subject of dying Earth, may have been dishonored in that Fukuyama, (after minimal web surfing), seems to be a very competent individual with competent solutions for foreign policy, domestic and abroad sociology, and worldly environmentalism; perhaps as Wikipedia would suggest, is a growth on a Wilsonian ideology. 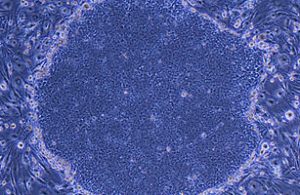 This article talks about how Harvard scientists took skin cells, applied a virus with a concoction of genes and got the cells to revert back to stem cells. These stem cells were then ‘programmed’ to become beta cells, the cells which are attacked by the immune system to cause Type 1 diabetes. This research, along with this, provide the most hope for those suffering with diabetes since the invention of the insulin pump in the 1960s. The reason I’m posting this is because of a quote out of Nature “Legal wrangling has followed in Europe over the patenting of the oncomouse…and Astrid the Pig, a pig reared with organs designed for use in human transplants.” (Coates, 179). That passage made me wonder, if this procedure were used, would that mean that the company/doctors who developed the procedure would be entitled to claim ownership of the transplanted beta cells? Although it is unlikely that the scenario would pan out this way, there are some serious legal and ethical implications and it will be interesting to see how they unfold in the future. By the way, the first medically available insulin was taken from a pig in 1921 in Toronto.

“Ronald Hepburn, a specialist in the philosophy of aesthetics, believes we perceive and evaluate natural objects and objects of art differently.” pg. 110

What would he say to something like landscape photography? Though the photo is in a frame, it is of something without a frame, is it therefore framed or unframed?

“‘Amenity’ is a term that derives from the Latin amoenitas, meaning the aesthetic and sensory pleasures of country living. The role of the countryside as an amenity…” pg. 114

Again with the term countryside, what is the definition that Coates is using?

Interesting idea, it almost seems as though Shenstone was an early environmentalist, however, he was an avid landscape gardener. Can gardening (especially landscape gardening) be considered nature/natural? Or is Shenstone being hypocritical?

What is the basis of nature? In other words, if nature had to be broken down into its most basic form, what would that be?

“Haeckel spearheaded the intellectual forces that disputed the belief that the universe consists of two different substances, mind and matter (‘supernature’ and ‘nature’).” pg. 142

How successful was Haeckel? It would seem that even today people still think of themselves as separate from nature. Is that true?

“Though the emergence of Britain’s environmental movement was less intimately tied to the idolization of wild nature than its US cousin, a long-standing British tradition of conserving flora, fauna, mountain and moorland deserves attention.” pg. 164

Oh? If you do the right thing for the wrong reason, are you still right?

“The eco-socialist dystopia is a police state run by a green Hitler that mobilizes a vast network of informers to stamp out ecological incorrectness, where picking a rare wildflower is a hanging offense and those failing to recycle their yoghurt containers are banished.” pg. 172

Harsh words, I hardly think the comparison to Hitler is worthwhile. Coates is using that comparison to catch our attention, funny how he then (in the next paragraph) says that “Catchy and off-handed…polemics…definitely make for tempting and shocking copy.” pg. 172 Isn’t he hypocritical for these statements?

“History defined less grandly as a series of events would of course go on, but ‘all of the really big questions had been settled’.” pg. 173

I’ve heard this before, “There is nothing new to be discovered in physics now. All that remains is more and more precise measurement.” (reputably quipped by Lord Kelvin in 1900) within the decade, Einstein published his paper on relativity, thereby opening whole new fields of physics.

So for my show-and-tell this week, I was thinking about the relationship between art and nature that we have already discussed some in class and was also mentioned in Nature. And I decided to look into music and nature.

I came across this website that discusses a lot of aspects of music and nature. For example

All very interesting stuff. So I am proposing one week we could all bring in something or find something on the internet related to music and nature

I went through SurveyMonkey and established an account and made a sample survey just so I know how to go about making a real one in the future. This was my first time using SurveyMonkey, but it seems pretty basic and easy to navigate. I also did some internet research on writing surveys. I looked at basic tips and advanced issues to consider. I think the questions pertaining to how much/what kind of outdoor recreation people are involved in will be easy to write. The difficultly will be, I believe, in measuring people’s environmental attitudes. I probably won’t be able to make any causation conclusions, I will have to rely on other actual research for that. I will instead be looking for possible correlations between certain outdoor activities and environmental attitudes.

I also began reading through my book sources that I checked out of the library pertaining to outdoor recreation. I am taking notes and using the information to understand more about what outdoor recreation is, who does it, what are all the types, why do people do it and what are the problems that arise with management of outdoor recreation activities.

Annie’s Homegrown is a great company that works to produce yummy organic foods. One thing that I loved about their web page is that you can meet all there Organic Farmers ! Not only can you get some good food, but also know who grew it for you. 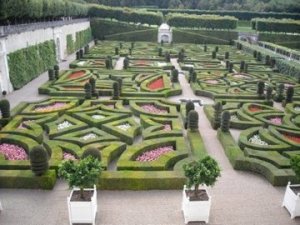 END_OF_DOCUMENT_TOKEN_TO_BE_REPLACED

For this week’s catch-all current events/show and tell, I decided on a dairy-related topic. Several others were considering food themed events for this week, and national dairy month in June was, after all, only three months ago. I discovered a neat article about a “shrinking milk jug” that is designed to increase the longevity of milk once it has been opened and placed in the refrigerator. One of the key reasons that milk goes bad is its exposure to air, which promotes faster bacterial growth. The shrinking jug is designed to be compressed from the top down, thus forcing air out and keeping the milk fresher for up to a week longer, according to the inventor. 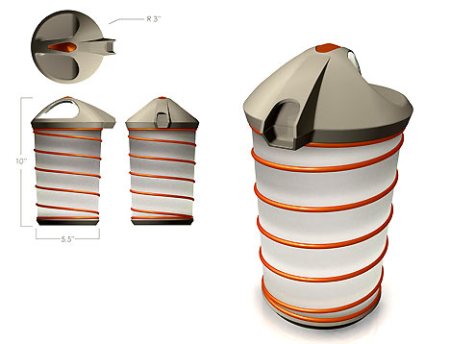 Also, while I’m on the tangent of sour milk, what can you do if it’s too late, that is if your milk has already gone bad. There is a long list of uses for sour milk. Here are a few. Among other things, sour milk can be turned into cottage cheese, baked into cookies, muffins, and other goods, as well as fermented with yeast.

If you have a lot of extra milk sitting around, you can also turn it into yogurt. The only materials needed are milk and a couple of tablespoons of existing yogurt or bacteria culture to use as a starter. Essentially, the milk is heated to about 180-200 degrees F, while the yogurt is warmed. Then, the milk is cooled and the yogurt is added. This is allowed to incubate for a period of time, generally at around 100 degrees F. The recipe above is only one of many that can be found online. I plan to try making yogurt this weekend, so I’ll keep everyone updated.

Nature a second time around

“Nevertheless, as the eighteenth century advanced, the generous Acreages allocated to gardens and parks, and thus spared conversion into extractable wares, were just as infused with the ethos of control over and consumption of nature as the landscapes of work and production that looked so different. A ‘place’ was not found, but made.”

I find this quote interesting because of how I picture an English Garden. When you look at these gardens there is an overall sense of a gardener’s hand but there is a persistent feeling that this area could be wild. Looking at the internet for information on English Gardens I found that the movement toward these types of gardens started in the 18th century. It replaced the more symmetrical gardening of the 17th century. Land was made to look like the rolling hills of the country side and many of the garden’s walk ways were removed for a more natural look. It is intriguing to think of the garden as this place that humans try to interpret nature by changing nature to be more “nature like.” This seems to be a hypercritical form of gardening but, yet again, could any form of gardening be a return to nature.

Central park– a place that looks natural but has almost entirely been landscaped to look that way. Just as in English Gardens, this park changed nature to look like nature. In the middle of such a large city, there is a park where people can go to “face” nature. I bet if we were to take a survey of people from New York City that many of them think would confirm the misinformation that Central Park had always been like that. All that changed was that a few trees were moved and the grass was mowed.

END_OF_DOCUMENT_TOKEN_TO_BE_REPLACED

The Columbus Zoo had a baby Asian elephant born this past spring, and you can tell with the crowds that visited the zoo this summer.  Into July, there was over an hour wait to see Beco and his mom, and people came back again and again.  It was great to see people so excited about animals, and I’m sure that as a lot of these kids grow up, they will keep coming back to watch Beco grow up with them.

The zoo fosters a lot of baby animals for educational and public relations purpose- I spoke with Promotions staff (the people who travel with Jack Hanna on Letterman, etc) and they acknowledged that the zoo pays for the right to foster baby animals that will return to other zoos (which is very expensive and time-consuming) simply because that is what people want to see.

This made me think about other conservation organizations- should they focus on the crowd-pleasers, like giant pandas and baby elephants? Or should they ignore what the public wants and focus on what really needs help, even if they’re not cute and cuddly?

Here is a link to the Columbus Zoo’s Youtube site, with some baby animals for your viewing pleasure.